It is widely overestimated that mentally ill people are dangerous, disabled and cannot be healed. Mentally normal people commit crimes at the most. Mental illnesses are healed successfully. Mental illness is not suffer for patient and for closed persons, but it is unique experience. Also it is known that moral and culture were created by mentally ill.

Society relation to the mentally ill people is the face of it, and everyone of us. In ancient Russia tradition was dignified and far from arrogance and cynicism. Ill people were like created to teach us to be kind and patient, they give us a chance to breakthrough life templates.

Do not avoid psychiatrists. Psychiatric records were cancelled in the beginning of 90’s. Consultations and addressing to psychiatrist is part of medical secret and one may not be limited in rights in connection of that. Russian legislation act “Regarding psychiatric aid…” (1993) protect mentally ill and mentally normal people.

«Independent Psychiatric Association of Russia» — non-governmental professional organization of human rights, were started at March of 1989. In October 1989 it has joined the “International Psychiatric Organization”. From the year 2012 – member of European Association of Psychiatrists. From 2011 – member of National Medical Chamber, from 1998 — represented in Expert council by Commissioner for Human Rights of Russian Federation.

For now IPA has about 500 members in 46 regions of Russia from Kaliningrad to Vladivostok and from Arkhangelsk to Rostov on Don.

Our main difference from another organization Russian Psychiatrists Society is another priorities and different internal hierarchy. It is real Public (created by practicing specialists) and independent in terms of finance and management organization. Our priorities are based on deep analysis of reasons lead to use of psychiatry in un-medical purposes in 60s-80s:

From 1991 IPA publishes «Independent Psychiatric Magazine» on quarter basis, that is distributed by subscription (code 73291) and a lot of other professional magazines.

In the year of 1992 IPA started open clinical investigations and educational seminars for professional, ethic, and human rights aspects of psychiatry. Social rehabilitation of patients’, relations between psychiatry and religion. The most vital are seminars after Konstorum named after great Russian psychiatrist Semen Konstorum.

IPA took part in development of the Law of psychiatric aid and many other legal acts. While won the recognition of rights of disabled, we continue taking some concrete steps to promote implementation of legislation act N38 «Regarding psychiatric aid», that guarantees its execution for patients.

IPA continuously performs control for execution of Declaration of Human Rights and Law of psychiatric aid in in-patient clinics and closed institutions.

From the very beginning of IPA there has been created the independent expertise and public reception, that provide free of charge consultations for the people who think their human rights has been violated in connection with psychiatry. For the last 15 years more then 8,000 patients have received consultations. Expert committee of IPA won the right to be provided with medical documentation and during 90s its members were invited to perform psychiatric expertise.

IPA played important role in expertise of general Grigorenko, colonel Budanov, major Yevsukov, and a lot of trials having something to do with religion. Expertise of Larisa Arap and Mikhail Kosenko, where psychiatry has been tried to use in un-medical purposes.

Independent position of IPA allowed us to keep scientific and moral position and prevent use of psychiatry in un-medical purposes for the last 25 years of difficult historic period of Russia. 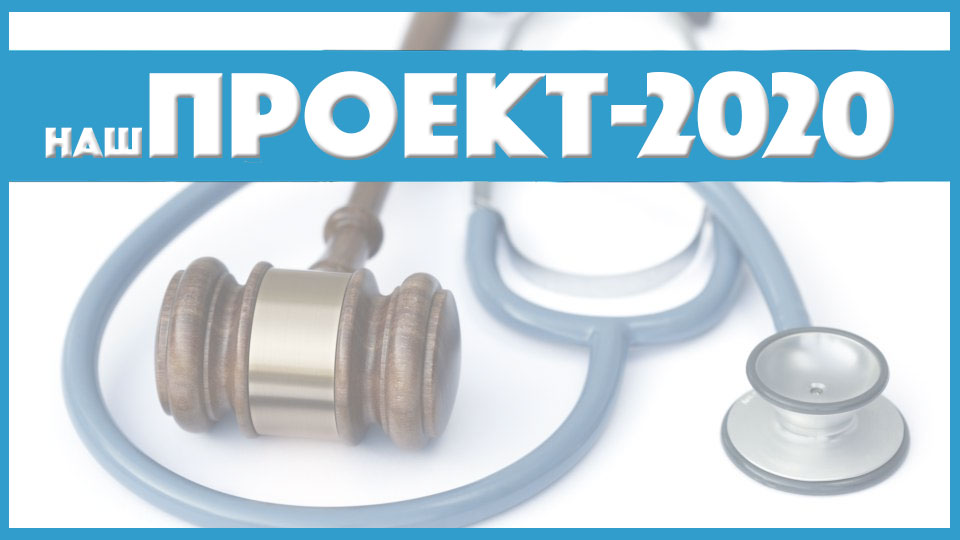 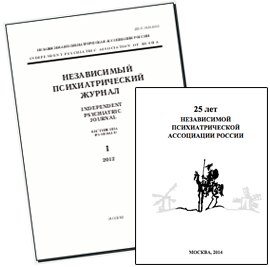 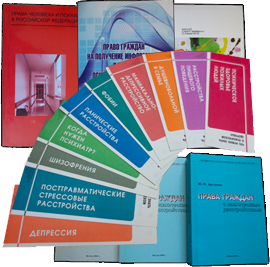